This area used to be hidden for most tourists, but is slowly getting more known, thanks to its perfect combination of natural and historical highlights.
It is the area of the orchids, giant waterfalls, unique bird species, colonial villages and hundreds of remains from the Chachapoyas Culture.
Many of these places are (still) hidden away, which makes the Chachapoyas area a new paradise for trekkings. Starting point for most trekkings is the colonial Capital of the area Chachapoys, with its friendly people and pretty square.
Not far from the city you can visit an orchid garden and the traditional village of Huancas, where the women still make traditional clay pots.
While you are in Chachapoyas, it is also well worth it to visit the Sonche Valley.

Kuelap
The archeological site of Kuelap used to be the capital of the Chachapoyas culture.
The city is build on top of a mountain (3000m), surrounded by cloud forest and ancient walls up to 20m high. To get to the part with the highest wall, you will have to walk for about 45 min. along a sandy trail.
While walking over the site and admiring the ancient architecture, you will also be surrounded by the nature of the highlands. Most of the 500 rustic walls, structures and buildings are still covered with lush vegetation, including bromelias and orchids (especially in May). The archeologist have also cleaned and repaired some of the buildings, to give you a better idea of how this city must have looked like.

Gocta Waterfall
The Gocta Waterfall It flows into the Cocahuayco River. Although this waterfall had been well known to locals for centuries (it is in full view of a nearby village), its existence was not made known to the world until after an expedition made in 2005 by a German, Stefan Ziemendorff, with a group of Peruvian explorers.
A year later, on March 11, 2006 Stefan Ziemendorff and a team of specialists measured for the first time this hidden waterfall and discovered that it has an altitude of 771m! This makes it the third highest waterfall in the world.
To reach this waterfall you will have to walk along a beautiful trail of 5 km (about 2 h) through beautiful cloud forest.
You could also ask to rent a horse from the Cocachimbo community at the starting point of the hike.
Walking through the cloud forest towards and away from the waterfall you will see a great variety of plants and flowers and have a change to see toucans, humming birds, the Cock of the Rock and maybe even some monkeys.

Site museum of Leymebamba
This is a very interesting museum about the several cultures that have lived in the Chachapoyas area.
Is shows a great collection with more than 1000 objects, including 200 mummyâ€™s which were partly found in Laguna de los condores. The collection also includes old, ceramics, carvings and weapons.
It is ideal to visit this museum in combination with the Mausoleums of Revash, or on your way to Cajamarca.

Mausoleos de Revash.
These mausoleums are located in a huge rocky mountain wall and consist of several small houses with pitched roof tops. Its polychrome walls are protecting figures of important and powerful persons from the Chachapoyas culture. To get here you need to walk up for about 2 hours (or you can also go by horse). It is a good combination to combine a visit to Refash with a visit to the Museo de Leymebamba.

SarcÃ³fagos de KarajÃ­a,
The Sarcofagos de Karajia are 7 monumental coffins of about 2.5m high. Their location isnâ€™t very easy to reach and therefore they were still found in a very good condition.
They are decorated with geometric figures and contain mummies, ceramics and other objects that were given to the death for their journey in the afterlife.
This tour can easily be combined with a visit to the stalagmites and stalactites from Quiocta, one of the biggest cave systems of Peru.
Or you can visit Pueblo de los Muertos (Village of the Death). On this location you can observe several different interesting burial sites.

Pomacochas
This lake, close to Pedro Ruiz is home to different unique bird species. There is also a good hotel in the area, which makes it an ideal stop for birdwatchers on their way to Tarapoto or Chiclayo.

Birdwatching: This area is home to several rare species of birds, including the spatuletail hummingbird with two spoon shaped tail ends, the cock of the rock and many other species.
We have special programs with experienced bilingual guides in the region of Zumbila, Abra Patricia, Pomacochas and Kuelap.

Trekking: The area of Gran Villaya has the best trekking options in these surroundings, inclusive: horseback riding tours of 4 days and treks up to 10 days.
You can choose to camp during the whole time of the trek, or to stay with local families who live along the trail. Most treks start from â€˜Pueblo de los Muertos and end in Kuelap. Another interesting route includes Laguna de los Condores. Here you can do treks of 3 to 5 days through highland and cloud forest in the area where they found the mummies that are now shown in the Leymebamba museum.
The local Inca Trail: is a trek of 3 days along an ancient Inca trail that leads from Chachapoyas, along some well preserved archeological sites to Kuelap. 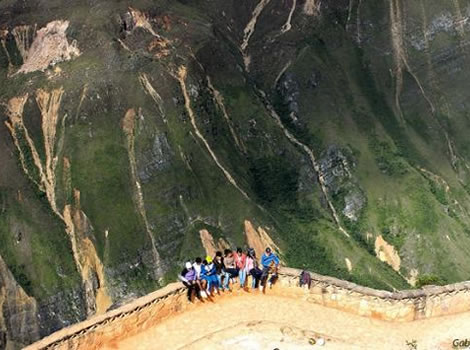 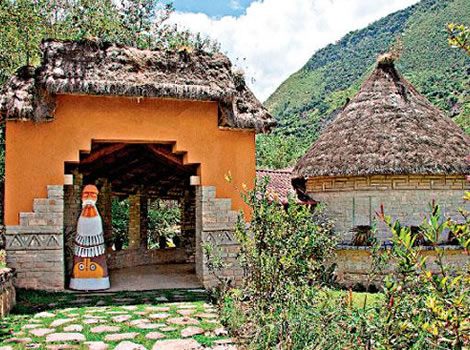 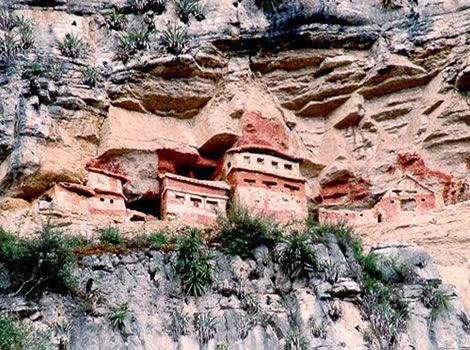 FD- Tour: Mausoleums of Revash - the Leymebamba museum and returning to Chachapoyas 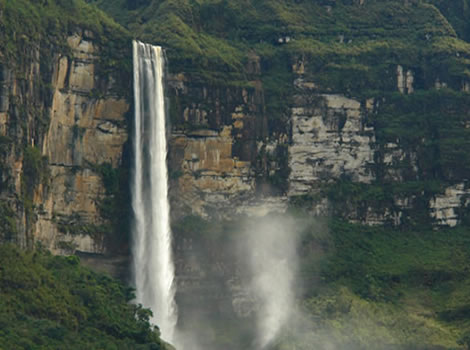 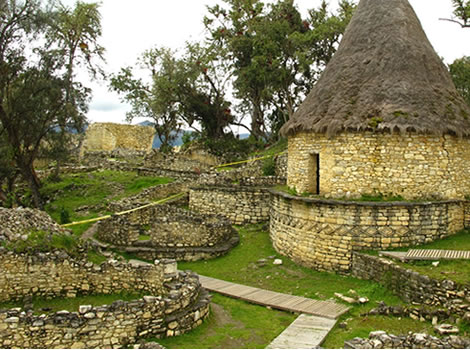 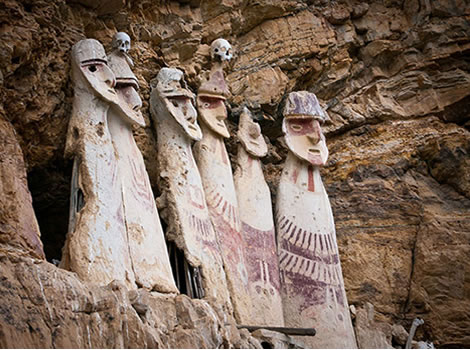 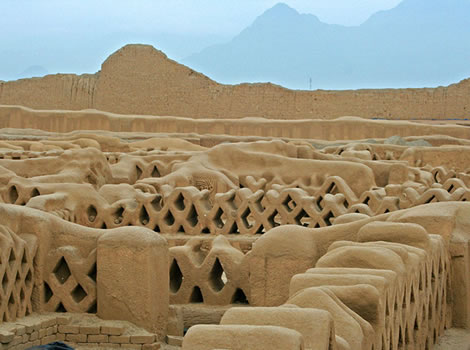 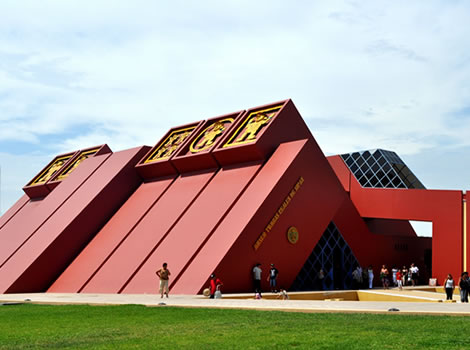 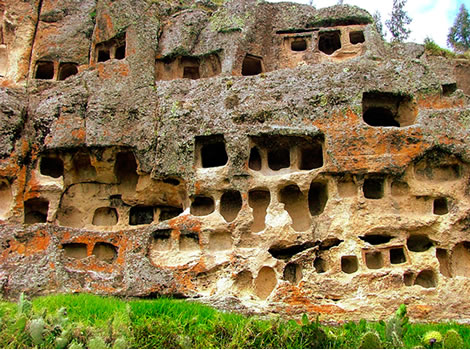 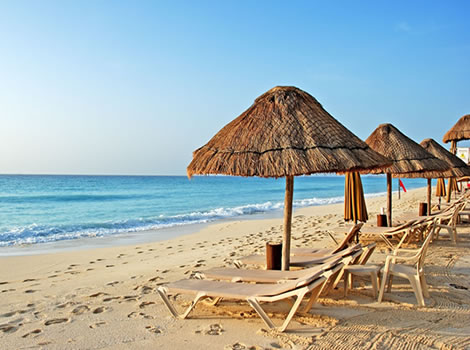 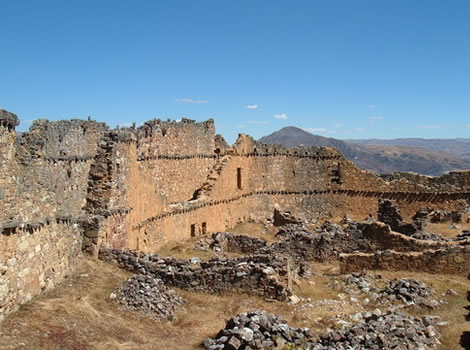 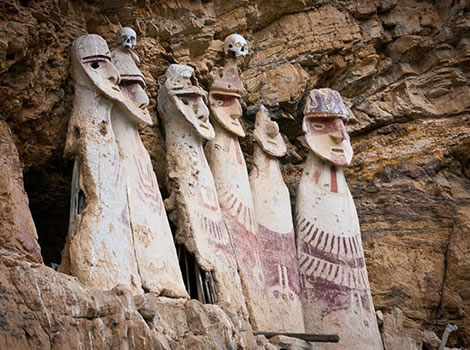 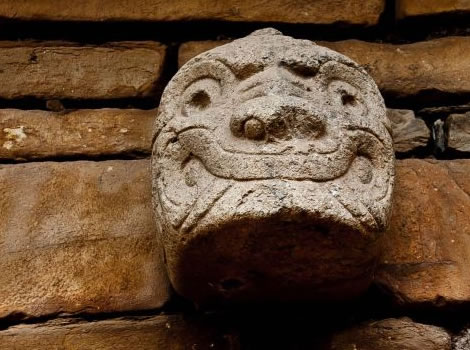 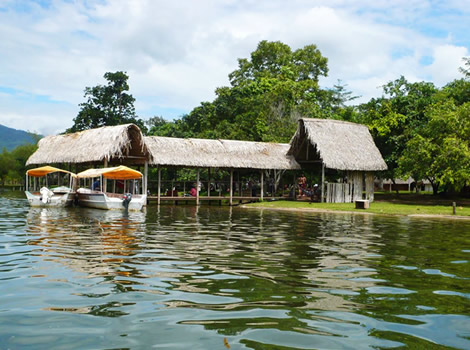 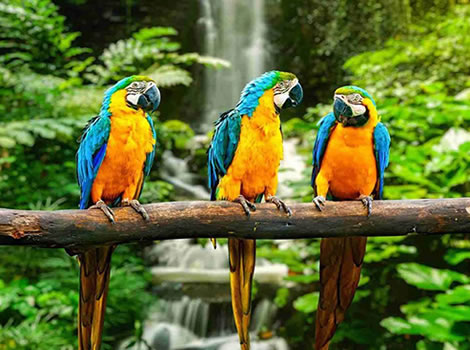 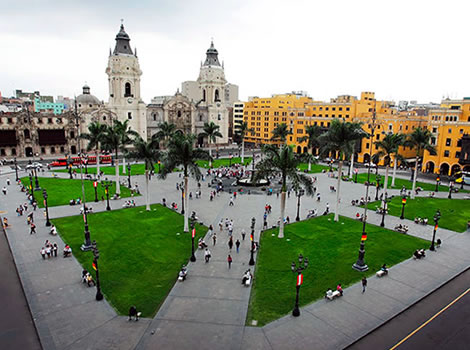 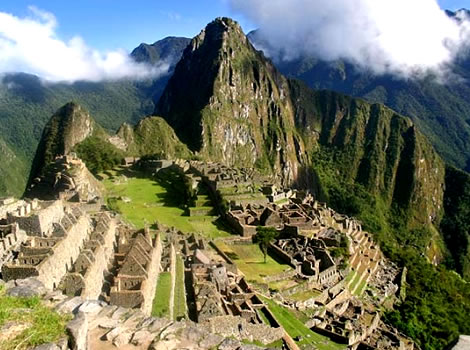 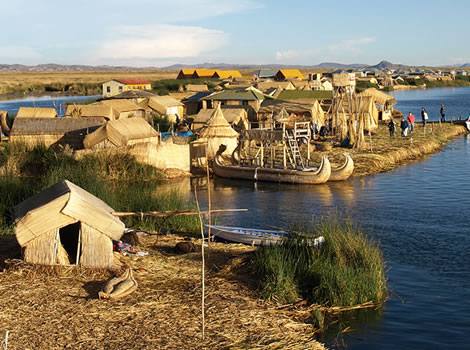 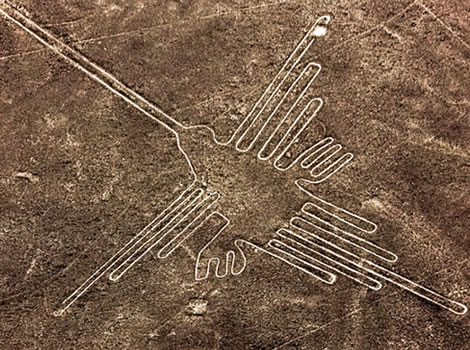 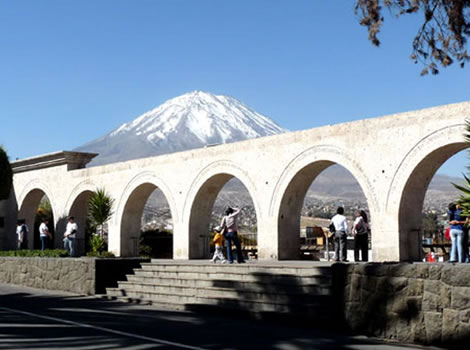 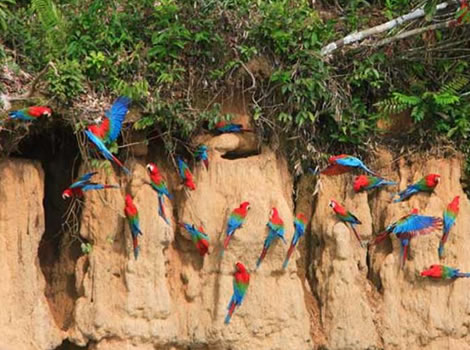